EVENT CANCELLED. Please contact your ticket point of purchase to claim a refund on your tickets.

If you are a fan of the hit Netflix docuseries Cheer, here is your chance to see the squads from Navarro College and Trinity Valley Community College as they join together to show off their jaw-dropping skills in a night of pure Cheer madness. Join Cassadee, Lexi, Jerry, Morgan and many others as they flip their way to Viejas Arena, San Diego, California, this Wednesday, June 1, 2022. The premiere athletes are expected to make an electrifying exhibition of never-before-seen stunts and stage performances that are sure to have fans on the edge of their seats. So make sure to secure your tickets as early as today because they are selling out fast! This is an event you don't want the entire family to miss. 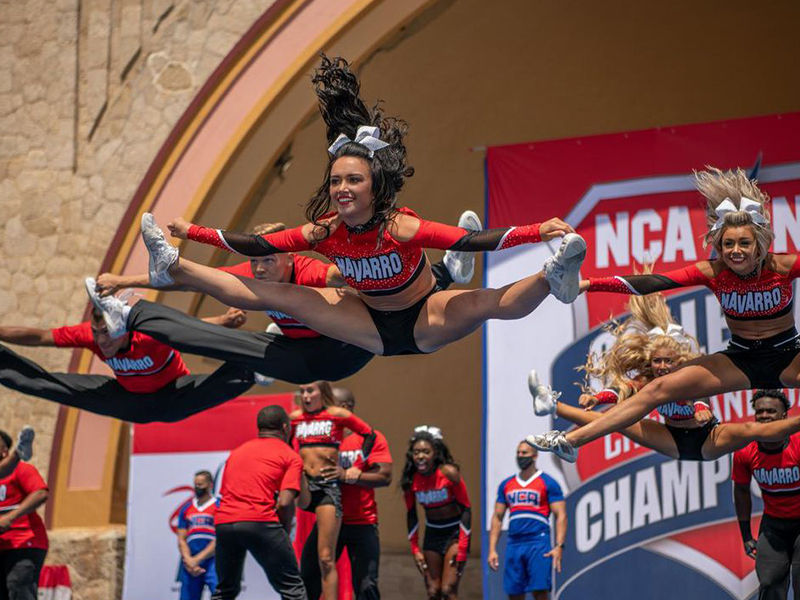 Netflix's Emmy Award-winning docuseries Cheer got fans excited when they announced the CHEER LIVE 2022 Tour. This is a ground-breaking event that is the first of its kind. Fan favourites from both Navarro College and Trinity Valley Community College are joining forces in a night of crazy stunts that were only seen on screen before. The team will move from screen to real-life performances and prove why they are one of the most followed shows on Netflix.

"Without the restraints of score cards, judges, and time limits, CHEER LIVE will transform the nail-biting sport of competitive cheerleading into a first of its kind premiere athletic event staged with the epic production value of a live concert," the Cheer Tour website stated. Thus, we can only expect nothing but sheer excitement and perfection as CHEER LIVE promises to change the way the sport is viewed forever, allowing younger & aspiring cheerleaders to envision a future of cheerleading beyond the mat. With all these hypes and excitement, we could only hope that the tour would start very soon. All we can do is grab tickets for the entire family, as this is something both kids and adults will ultimately enjoy. Buy your tickets now and watch as this cultural phenomenon unfolds in your very eyes.