The hottest beats and dopest rhymes have put Logic at the top of his game, and this year he's smashing it with yet another number one album! Coming to Viejas Arena on Friday 11th October 2019 to promote his fifth studio LP on his Confessions of a Dangerous Mind Tour, Logic's gonna be putting it down, so y'all better be pickin' it up! Support from YBN Cordae and J.I.D! 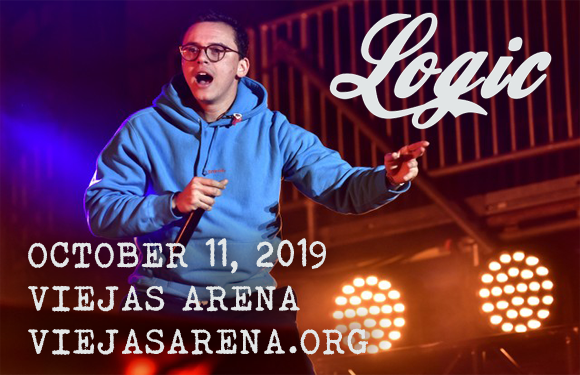 After honing his rap skills from the tender age of 13 under the name Psychological, Maryland-based rapper, singer, songwriter and record producer Logic released his debut mixtape, Logic: The Mixtape, in 2009 aged only 16. He signed with Visionary Music Group soon after and in 2013 he made his breakthrough with his fourth mixtape, Young Sinatra: Welcome to Forever. The tape was picked up by Def Jam Recordings, who signed Logic, and the following year he released his debut studio album, Under Pressure. The album charted at number four on the Billboard 200 and served as his mainstream breakthrough, setting him up as a hugely popular hip hop artist. To date, Logic has released seven official mixtapes and five studio albums, all of which have reached the Billboard 200's top five, and three of which debuted at number one. This year, he released the New York Times Best Seller novel Supermarket and its accompanying soundtrack, as well as his fifth studio album, Confessions of a Dangerous Mind.